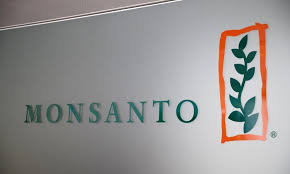 Already facing legal challenges in Oklahoma City federal court and the state of California over its manufacture of Roundup, Monsanto Co.’s now facing issues with another of its weed killers.

Tennessee has become the fourth state to ban dicamba, a weed killer that is considered to be a flagship pesticide for the company. Arkansas banned it last week and Missouri has done the same. Further, Kansas is said to be investigating complaints about its use.

The chemical is used on crops genetically modified to resit it but it can drift and affect other crops that are nonresistant.

Monsanto’s dealing with lawsuits claiming its Roundup weed killer caused the cancer suffered by three Oklahomans. In California, the state wants to list Roundup as a “cancer-causing” chemical but Monsanto is fighting .