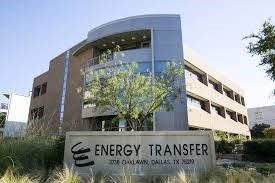 Federal and state regulatory officials ordered Dallas-based Energy Transfer Partners to complete cleanup and remediation efforts on an Ohio spill before receiving the greenlight to proceed with construction of its $4.2 billion Rover Pipeline in the Buckeye State.

On July 12, OK Energy Today reported that the state of Ohio was demanding nearly $1 million from the Dakota Access oil pipeline developer due to more than 25 violations on the multi-state natural gas pipeline in Stark County.

Led by billionaire Kelcy Warren, the company now finds itself embroiled in another lengthy bitter battle.

On July 12, the Federal Energy Regulatory Commission issued a separate order detailing the company’s diesel fuel contamination and discharge of drilling slurry and mud. FERC mandated that six acres of wetlands must be cleaned and restored. FERC also issued another notice of violation on July 13 regarding the destruction of the Stoneman House in Carroll County, resulting in the company agreeing to pay $1.5 million to Ohio for historic preservation efforts.

Energy Transfer Partners was advised that construction of the 700-mile pipeline is on hold until cleanup efforts are complete. The company previously announced a November completion date on the project before the latest obstacle.

The Rover Pipeline was expected to cross Ohio and extend into Michigan, Pennsylvania and West Virginia, delivering gas from Appalachian shale fields to Canada as well as the Midwest and Gulf Coast.

Ohio regulators took notice of the speed with which Energy Transfer Partners constructed the pipeline.

“As soon as they started, they began having problems,” said Craig Butler, director of Ohio’s Environmental Protection Agency. “It’s just a function of them moving too quickly, trying to meet a deadline and cutting corners.”