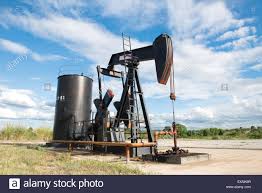 The STACK’s latest big producer is a well bringing in more than 1,300 barrels of oil a day.

Completion reports published by OK Energy Today show the Marathon Oil Company well had production of 1,317 a day along with 2,383 Mcf of gas when it was completed in February of this year.

The Strack well is located approximately 5 miles northeast of Watonga with an official site at 2 16N 11W in Blaine County. Announcement of the well came as Marathon, based in Houston also declared a dividend of 5 cents a share on its common stock.

Chesapeake Energy has a string of five successful wells in Kingfisher County. Three were drilled at one multi-unit site, 3 18N 6W which is about 4 miles southeast of Hennessey. The wells had spud dates in March and April with completions in May. The largest produced 638 barrels of oil. Another had production of 604 barrels while the third was completed with 385 barrels of oil equivalent a day.

Chesapeake’s two other Kingfisher County wells were larger. Both were drilled at the same site at 27 18N 6W which is about 6 miles southeast of Hennessey, just south of the first multi-unit wells.