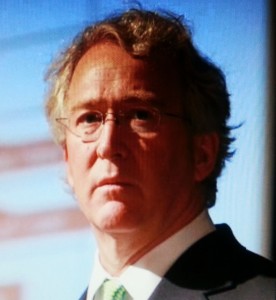 Last November, OK Energy Today reported on the $500,000 claim filed by retired Tulsa businessman Thomas Quinn against the estate of Oklahoma City oil mogul Aubrey McClendon. Oklahoma County District Court Judge Patricia Parrish granted a motion for summary judgment last month against Quinn in the matter. Quinn is striking back by filing a petition in error with the Oklahoma Supreme Court this past week.

Quinn alleges he loaned half a million dollars in cash to Aubrey McClendon back in 1991. Quinn’s documentation — a promissory note dated December 1, 1991 – contains the signature of McClendon and Quinn as well as that of Robert A. Todd, identified as the witness and former attorney for Quinn. The document indicates that full repayment was due by December 1, 2015.

Additional documentation provided by Quinn included a letter dated January 20, 2016 where Quinn agreed to waive a late fee while extending the due date for another year at McClendon’s request.

Following McClendon’s death on March 2, 2016, Quinn submitted the claim in August to Tom Blaylock as personal representative for the estate. The claim was rejected by the estate in probate proceedings forcing Quinn to file a civil lawsuit.

Judge Parrish ruled in favor of the estate, agreeing that Quinn’s documentation was forged. The McClendon estate’s legal team asserted that Quinn’s 1991 note was based on a form promissory note made available on the website of financial adviser and television personality Suze Orman. The form on the Orman website was created in 2007 and made available on the Internet in 2013.

The estate’s legal team utilized two expert forensic document examiners who both concluded that the promissory note was written in Tahoma font, which was not released until August of 1995 through the release of Windows 95, thus making it highly unlikely that the document was executed by McClendon in 1991.