Talks Underway on Disposal of Uranium-Contaminated Sludge at Gore 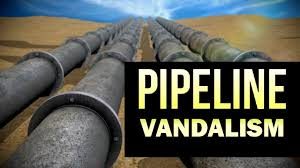 The two women who claimed recently to vandalizing the Dakota Access pipeline during last year’s protests in North Dakota weren’t strangers to law enforcement and the courts.

Jessica Reznicek and Ruby Montoya of Des Moines, Iowa had civil disobedience arrest records. They were arrested this week for damaging a sign outside the Iowa Utilities board office then claimed they had taken part in vandalism including damaging valves and setting fire to construction equipment at the pipeline.

They apparently knew they were going to be arrested for vandalism to the sign and released a statement before their arrests, saying they had cut through pipe valves with a cutting torch, burned construction equipment and set fires with gasoline, rags and tires along the Dakota Access pipeline.