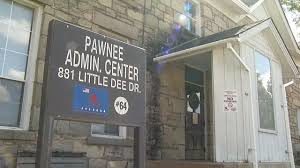 The Pawnee Nation is standing up to the U.S. Interior Department and hopes the U.S. District Court in Tulsa will allow the tribe’s lawsuit filed last year over oilfield jurisdiction and earthquakes will be allowed to move forward.

In a recent filing, the Nation said the Interior Department was wrong to attempt to have the lawsuit (4:16-cv-00697) dismissed.

“Defendants Bureau of Indian Affairs and Bureau of Land Management have run roughshod over Plaintiff Pawnee Nation of Oklahoma and its members when managing Indian-owned oil and gas on lands under Pawnee jurisdiction,” said attorneys for the tribe in a June 29 filing. “The Agencies approved numerous oil and gas leases on Pawnee lands without consulting with the Tribe—-or even giving them notice of those approvals.”

The legal filing also accused the Agencies of taking “shortcuts that the Interior Department’s own Inspector General criticized as inconsistent with the National Environmental Policy Act.”

The lawsuit was filed last year following the 5.8 magnitude earthquake in September 2016. The State Corporation Commission moved quickly and eventually dozens of wastewater disposal wells were closed. The tribe contends 17 oil and gas les on Indian allotment lands within the Pawnee Nation’s Cimarron River Valley were approved in 2013 by the BLM and BIA and without adequate review under the National Environmental Policy Act and without consulting the tribe.

The original suit was filed when Sally Jewell was the Secretary of the Interior and challenged federal oil and gas approvals on Indian trust lands within the Pawnee Nation. The “roughshod” claim was first mentioned at the time of the filing of the lawsuit and again in response to the DOJ’s efforts to have the suit dismissed.

One of those filing the suit for the tribe is Michael S. Freeman with the environmental law group Earthjustice.