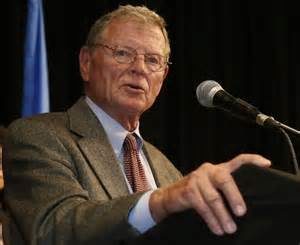 Inhofe’s amendment allows land-grant universities like Oklahoma State University to use the value of their land toward match requirements in order to garner funds under the Pittman-Robertson Act which provides resources to states for animal and habitat conservation and public hunting access.

“Sportsmen are vital partners in conservation efforts and land-grant universities should have the same access to conservation resources as other entities,” said Inhofe. “My amendment will allow Oklahoma State University to use Pittman-Robertson funding to construct a shotgun range on their land. OSU was previously denied this funding because of their land’s previous federal status.”

The HELP for Wildlife Act has received widespread support from organizations including the National Wildlife Federation, Ducks Unlimited, the Archery Trade Association and many more groups. In addition to promoting the construction and expansion of public target ranges, the HELP for Wildlife Act would reauthorize the North American Wetlands Conservation Act, National Fish and Wildlife Foundation Act and Neotropical Migratory Bird Conservation Act as well as the Chesapeake Bay Program, Chesapeake Bay Gateways and Watertrails network and Chesapeake Bay Gateways Grants Assistance Program until 2023; mandate the reissuance of the final rule de-listing the gray wolf in Wyoming and the western Great Lakes while prohibiting judicial review; and finalize partnerships among public agencies and other interested parties for promoting fish conservation.

Inhofe has participated in numerous quail and pigeon hunts in Oklahoma. The bill also eliminates the liability of farmers for bird baiting if they adhere to USDA and state agricultural best practices in connection with hunting purposes.