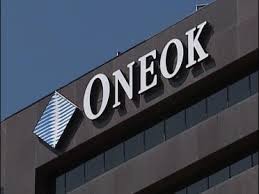 Tulsa-based ONEOK, Inc. increased the energy midstream service provider’s quarterly dividend by 13 cents per share, or 21 percent, to 74.5 cents per share, resulting in an annualized dividend of $2.98 per share, according to a company press release issued on Wednesday.

“We are pleased to announce this substantial increase to ONEOK’s dividend, which is just one of the benefits of the ONEOK and ONEOK Partners merger transaction,” said Terry K. Spencer, president and chief executive officer of ONEOK. “As a now larger, stand-alone operating company, ONEOK is well-positioned to increase its distributable cash flow available for dividends and reinvestment into the business.”

On June 30, 2017, ONEOK completed a merger transaction with ONEOK Partners. Under the terms of the merger agreement, ONEOK acquired all of the 171.5 million outstanding units of ONEOK Partners it did not already own at a fixed exchange ratio of 0.985 of a share of ONEOK common stock for each public unit of ONEOK Partners.