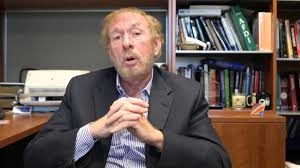 Oklahoma’s economy is finally growing stronger along with those in 8 other mid-western states according to Creighton University’s Mid-America Business Conditions Index.

Economist Ernie Goss says the findings for June 2017 were among the best he’s found since 2011 in his monthly surveys of supply managers.

“The overall index over the past several months indicates a healthy regional manufacturing economy and points to health growth for both manufacturing and non-manufacturing into the fourth quarter of this year,” said Dr. Goss.

His index which ranges between 0 and 100 soared to 62.3 from May’s solid 55.5. It’s the seventh consecutive month for the index to remain above growth neutral which points to strong growth for the regional over the next 3 to 6 months.

What are his findings for Oklahoma?

Oklahoma: Oklahoma’s June Business Conditions Index remained above the growth neutral threshold for sixth straight month. The overall index climbed to 57.7 from 54.2 in May. Components of the overall June index from a survey of supply managers in the state were new orders at 63.9, production or sales at 65.7, delivery lead time at 50.9, inventories at 51.9, and employment at 56.0. “Oklahoma manufacturers are once again adding jobs and expanding economic activity. Food processors in the state are experiencing healthy business and job growth. Oklahoma will, based on recent surveys, continue to expand at a positive pace, but unspectacular pace through the final quarter of this year,” said Goss.

Dr. Goss says non-durable goods manufacturers such as food processors and ethanol producers. But the durable goods producers are shedding employment even though it is at a slower pace than in previous months.

“As a result, the job picture for regional manufacturing continues to improve,” said Goss. However he explained even with the recent boost in employment growth, total regional employment growth in the past year is only 1.1 percent, well below the nation’s 1.5 percent gain over the same time period.