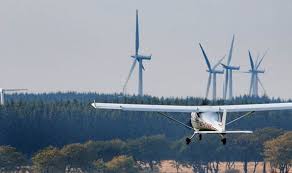 One of the more than 60 interim study requests approved by the Oklahoma House Speaker will focus on the location of wind farms near military airfields in the state.

The request was made by Rep. Charles Ortega, R-Altus who has concerns that some wind farms in the state are located in military training routes.

“We continue to have our military training routes in Oklahoma encroached upon,” he told the Tulsa World. “I think it is something we definitely need to look in to see if there is some kind of understanding or resolution to not diminish the ability for military bases to continue missions.”

His request came after the Altus Chamber of Commerce expressed concerns to Ortega and Senate Pro Tempore Mike Schulz in March. In letters to the two lawmakers, the chamber asked that the approval of wind turbines near military installations be under the review of the Oklahoma Strategic Military Planning Commission.

“When constructed without input from the military community, the presence of wind energy facilities inhibits critical radar capabilities and disrupts low-level flying routes used for aircrew training,” stated the chamber in its letter. “These issues pose a very real threat to our military installations, especially as Congress continues to weigh the possibility of Base Realignment and Closure in the future.”

At the time of the chamber’s letter, Chamber President Brian Bush said the chamber also did not want to appear to be working against the wind industry.