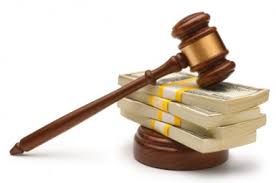 Halliburton, with the major operation in Duncan, has agreed to pay $29 million to settle an investigation by the Securities and Exchange Commission.

The investigation  was into allegations that the company had violated the books and records and internal accounting controls provisions of the Foreign Corrupt Practices Act while selecting and making payments to a local company in Angola in the course of winning lucrative oilfield services contracts.

The actual payment totaled $29.2 million. A breakdown showed Halliburton made a disgorgement of $14 million which was the amount the SEC claimed that Halliburton had profited from the deals. Prejudgment interest totaled $1.2 and the actual SEC penalty was $14 million.

The SEC investigation started in 2010 after Halliburton reported an an anonymous allegation to the Department of Justice and the SEC.