No Letup in Exploration of STACK and SCOOP 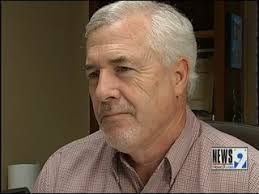 While the Oklahoma Supreme Court reviews the case of consumers who contend a bribed Oklahoma Corporation Commission vote more than 25 years ago should result in a nearly $16 billion refund, a former legislator agrees.

“Justice requires open records and a full hearing, not delay, fraud, obstruction and neglect of duty by public officials,” wrote Mike Reynolds in a letter to the Oklahoman. He’s a Republican who once served as a State House Representative for south Oklahoma City.

He found it “astonishing” how two Corporation Commissioners, Dana Murphy and Todd Hiett voted last year to dismiss a motion to intervene by the U.S. Defense department and other Federal Executive Agencies in a request for an examination of the 1989 bribed vote on an ATT rate case.

“On November 3, 2015, I tried to intervene in the $16 billion ATT bribery refund case, but ATT claimed my attorney, Jerry Fent, did not follow proper procedure,” wrote Reynolds.

He also said that in his opinion, “the most important recent statement about the ATT bribery refund case comes from Buck Revell, the FBI director’s deputy in charge of Criminal Investigative, Counter-Terrorism and Counter-Intelligence activities who oversaw the investigation of ATT’s bribery activities in Oklahoma at the bureau’s Washington, D.C. headquarters.”

In the letter, first published by OK Energy Today in May, 2017, Revell said “Justice delayed any further is justice denied.”

Reynolds said Revel’ls opinion was filed at the Supreme Court and should be heard.

The story of the bribed vote and efforts of a small handful of consumers to force a Corporation Commission review of the rate matter has been reported extensively by OK Energy Today.