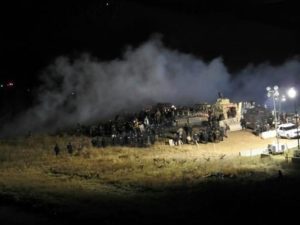 Even though law enforcement costs are estimated at $36 million over the protests at the Dakota Access pipeline in North Dakota, developer Energy transfer Partners is still promising to help cover the costs.

A spokeswoman said ETP will stick to its “offer to help the state with these costs, as we know it places a great burden on the state.”

The $36 million estimate covers costs between the state and Morton County where the months of protest took place near Cannon Ball, N.D. It was there protesters attempted to block construction of the final leg of the pipeline.

There’s no indication how much of the cost ETP might cover.