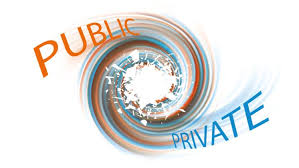 Oklahoma Congressman Tom Cole is one of the latest to take a stand against President Obama’s call to privatize the air traffic control system.

The U.S. Representative said a privatized Federal Aviation Administration would be unfair to the American taxpayer.

“It is simply wrong to take billions of dollars’ worth of assets purchased by federal funds and put them in the hands of private interests—a recipe for lost accountability and possible misuse of funds,” said Rep. Cole in announcing his stance. “Not only does this endanger the system financially, it will have  policy implications that range from issues such as general resources to the operation of rural airports and contract control towers.

The Republican congressman said it will also raise fees for travelers and cited examples in Britain and Canada where privatized systems are in place.

“In my opinion this was a terrible idea, and fortunately the effort was unsuccessful,” said Cole. “Congress has always provided key oversight of the FAA and ATC to keep our skies safe and efficient. Because of its balanced approach to regulation and operational standards, the FAA has made our skies the safest and most reliable airspace in the world.”

Rep. Cole said a move toward privatization would allow the airline industry to control the makeup of the board of directors.

“Not only would this proverbial fox watch the hen house, it would also have the authority to set fees and dictate regulatory policy.”