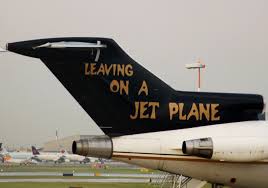 The watchdog group American Oversight is asking the Office of Special Counsel to begin an investigation into the travel of EPA administrator Scott Pruitt back to Oklahoma.

As stories pointed out in the past week, Pruitt’s travels back home to Tulsa cost taxpayers about $15,000 and it was estimated 90 percent of his travel days between March and May were to Oklahoma.

It’s what American Oversight director Austin Evers charged in a letter to the special counsel.

“The Trump administration is seeking to cut EPA’s budget by 31%, putting Americans’ health and safety at risk,” he wrote in the letter.” At the same time, Pruitt is spending scarce taxpayer dollars to fuel his personal ambition for higher office. This is another case of the Trump administration’s motto of ‘do as I say, not as I do’.”

Documents recently released to the Environmental Integrity Project indicated Pruitt spent 43 of his first 92 days in office either in Oklahoma or traveling to and from the state.

“How is it that 90% of Pruitt’s taxpayer funded travel has been to his home state?  The EPA’s jurisdiction extends to the entire nation, not just Oklahoma, and its assertion that all this travel was related to agency business is ludicrous,” said Evers.