Business Survival Grows in Oklahoma According to New Study 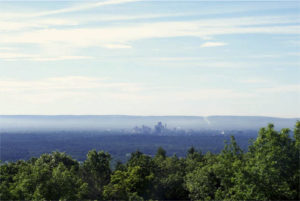 With a regional haze plan on hold for more than a decade in Arkansas, the EPA and the state are asking a federal appeals court for more time in reaching a deal over a pollution-reduction plan for coal-fired power plants. But environmental groups are opposing the request.

The request of the 8th U.S. Circuit Court of Appeals was made by attorneys for the EPA, the state of Arkansas, Entergy Corp. and other power producers. They want lawsuits to be continued on hold until Sept. 26 and claim progress has been made that might make the suits moot.

But the National Parks Conservation Association and the Sierra Club are opposed to the continued delay. They want their lawsuits to move together and suggest they should be handled presently because of “the harm caused by the pollution addressed by the challenged rule.”

The regional haze rule was published last September after the EPA rejected part of a state alternative. It is intended to provide clearer air in wilderness areas and wildlife refuges in Arkansas and Missouri and is very similar to the rule that applies to southern Oklahoma and the Wichita Mountains Wildlife Refuge located west of Lawton.

Nationally, the rule has targeted coal-fired power plants that affected the air around 156 national parks and wilderness areas.