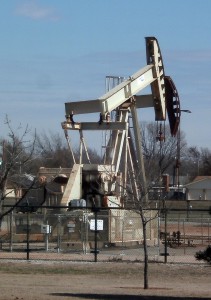 Crude oil futures climbed on Tuesday, with the commodity logging its fourth gain in a row as traders braced for a possible decline in domestic supplies, according to Bloomberg MarketWatch.

August West Texas Intermediate crude rose by 86 cents, or 2%, to settle at $44.24 a barrel on the New York Mercantile Exchange.

August Brent crude, the global benchmark, gained 82 cents, or 1.8%, to end trading at $46.65 a barrel on the London ICE Futures Exchange.

The American Petroleum Institute is due to release its estimate for supplies late Tuesday, while the U.S. Energy Information Administration will provide details on its more closely watched report on inventories on Wednesday morning.

Analysts polled by S&P Global Platts forecast a decline of 3.25 million barrels in crude stockpiles in the EIA data. Supplies have already fallen for two weeks in a row.

Back on the New York Mercantile Exchange, July natural gas, which expires at Wednesday’s settlement, ended at $3.037 per million British thermal units, up a penny, or 0.3%.