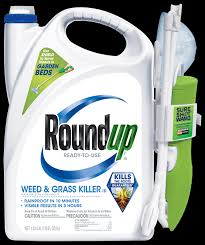 State regulatory officials will require Roundup’s main ingredient – glyphosate – to be published on a list of potentially cancerous chemicals effective July 7, according to a report by the Associated Press report. Future action may include product warning labels although it remains unclear whether a warning label will be mandated for the herbicide.

After losing an appeal to block the label requirement, Monsanto has lodged yet another appeal contending its product does not cause cancer and the resulting label will irreparably harm the company’s business.

State health regulators must also decide if there’s a significant amount of glyphosate in Roundup to pose a risk to human health. The state received more than 1,300 public comments for review.

“We can’t say for sure,” said Sam Delson, a spokesman for California’s Office of Environmental Health Hazard Assessment. “We’re reviewing those comments.”

Glyphosate has no color or smell. Introduced in 1974 by Monsanto, glyphosate is an effective way of eradicating weeds while leaving crops and plants intact. It’s sold in more than 160 countries. Farmers use it on nearly 250 types of crops in California, the nation’s leading farming state.

OK Energy Today reported on May 16 that a Del City couple and a Broken Arrow woman filed a federal lawsuit against Monsanto alleging the parties now suffer from lymphoma as a result of using the company’s product.