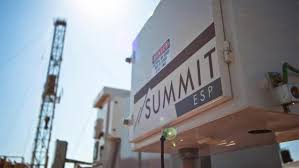 Tulsa billionaire George Kaiser is about to unload his Summit ESP, a Tulsa-based maker of electric submersible pump systems for oil and gas wells and the buyer is anticipated to be Halliburton.

No word yet on how much Halliburton will pay for the company founded in 2010 by oilfield services industry veteran John Kenner. Officials at Summit aren’t talking but CNBC reported the company is in late-stage talks with Halliburton.

Kaiser was a major investor in Summit, a company financed by Argonaut Private Equity which is affiliated with him. He already conrols Kaiser-Francis Oil and is the majority owner of BOK Financial Corp. which owns banks from Arizona to Missouri.

Summit opened new headquarters in Tulsa in 2012 but also has offices in Texas, Wyoming and Canada. It also has a reported 500 employees. Its revenue last year was nearly $180 million, down about 10 percent from 2015. 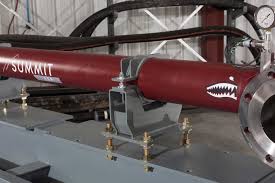 Halliburton became interested in acquiring the Oklahoma company in order to expand its own artificial lift service. Initial talks with Summit began last year as the company attempted to increase its holdings in the electric submersible pump industry. Some of the leaders in the ESP industry are Schlumberger, Baker Hughes and Weatherford International and industry observers speculate Halliburton wants to catch up to the others.