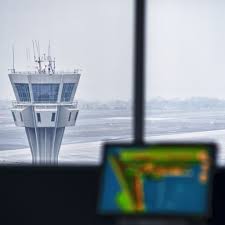 Trump believes an overhaul of the Federal Aviation Administration is long overdue. Airline executives have advocated this position for some time. Under the plan, a private, non-profit organization would be developed to operate the nation’s air traffic services.

While acknowledging the FAA’s attempts to update the system, Trump believes transferring responsibility from the FAA to a private non-profit would significantly improve the air traffic control system by making it safer.

“Honestly, they didn’t know what the hell they were doing,” said Trump.

He promised that tracking airplanes with GPS devices would “dramatically improve” upon the antiquated radar system in place, resulting in fewer delays, a safer system and lower costs for passengers.

Under the existing plan, passenger fees are submitted to the FAA to fund air traffic control projects. Taxes are imposed on passenger tickets, air travel miles and jet fuel. The money is then deposited into a fund that’s appropriated by Congress. The FAA spends close to $10 billion annually on what Trump has called “a total waste of money.”

Critics are concerned about potential glitches in technology, additional fees that may accelerate travel costs for the average passenger and collusion among the airlines to wrestle control over the airways from the very agency that governs it.

The privatization plan requires congressional approval. The Senate Transportation Committee is expected to discuss the Trump proposal on Wednesday.