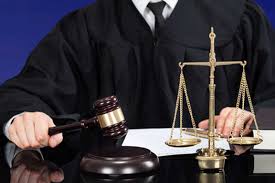 The American Indian tribes who sued over the Dakota Access oil pipeline and tried to include President Trump have until Tuesday to respond to a federal judge who ruled they could not add the President as a defendant.

But U.S. District Judge James Boasberg is allowing the individual members of the tribes to join the lawsuit. Four Sioux tribes in the Dakotas sued Energy Transfer Partners of Dallas and the Army Corps of Engineers which permitted the $3.8 billion project to be completed. The pipeline began transporting oil on June 1.

While protesters from Oklahoma and around the nation joined thousands at a camp site in North Dakota, the lawsuit was filed more than a year ago. Then in February of this year, 13 members of the Standing rock, Cheyenne River and Oglala Sioux tribes asked to join as individual plaintiffs.

They also sought to include President Trump as a defendant because he urged completion of the project shortly after he was sworn in as President in January.