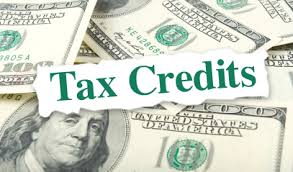 As the Oklahoma legislature targeted the wind energy tax credits for new wind farms under construction to be eliminated on July 1, the legislators did not target what could be hundreds of millions of dollars in other tax credits in the state.

Under a law created in 2011 the listing of some of those credits is now available through the Oklahoma Tax Commission. The records include tax credit reports for 2012, 2013, 2014 and 2015, all available under what is called the Tax Credit Transfer and Allocation Reporting System at the Oklahoma Tax Commission. They not only reveal which firms received the generated credit and their total value in cash, but also list in most instances who ended up buying the credits from the original firms.

The buying and selling of tax credits is legal and in many cases, tax credits worth millions can be bought for 50 cents on the dollar when a company finds it no longer needs the credit.

How many other credits are available in the state? At least 16 based on documents released by the state. There are credits for Electricity Generated by Zero-Emission Facilities; credits for Investment in a Clean-Burning Motor Vehicle Fuel Property; Credits for Manufacturers of Small Wind Turbines; Credits for Qualified Rehabilitation Expenditures; Credits for Railroad Modernization and Credits for the Construction of Energy Efficient Homes.

Still others include Credits for Gas Used in Manufacturing; the Oklahoma Investment/New Jobs Credit; the Poultry Litter Credit; the Research and Development New Jobs Credit and the Small Business Guaranty Fee Credit.