Energy Employment Recovery is Slow and Painful in Oklahoma 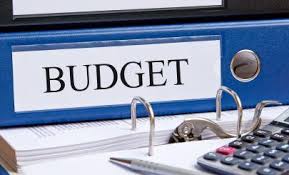 Despite legal challenges to some new state fees, including one on electric cars, the Oklahoma Equalization Board has voted to support the funding plan for the new fiscal year which takes effect on Saturday.

The $6.8 billion budget prompted legal challenges on an increased tobacco fee, a new fee on electric cars and a sales tax on new cars sold in the state.

But the members of the board, with the exception of State Treasurer Ken Miller voted to approve the measure. Governor Mary Fallin was absent. The board consists of six statewide elected officials including the governor, lieutenant-governor, attorney general, treasurer, superintendent of instruction and state auditor. The secretary of agriculture also is a member.

The board met the last time in February and certified $6.030 billion to be available, which was about $900 million short. Every one on the board voted in support of the 2018 budget but Treasurer Miller was against it.

He issued a statement saying board members have “the authority to exercise judgment and vote their conscience.”