Inhofe Stands With President in Pulling Out of Paris Climate Agreement 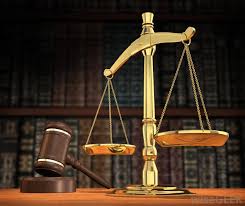 The states of Colorado, Utah and Wyoming are putting up a fight over those federal government fracking practices the Obama administration launched on federal and tribal lands.

In a filing this week in the U.S. 10th Circuit Court of Appeals, the states argued the Bureau of Land Management does not have the authority to issue the rule imposing the restrictions. Instead, the states want the case to be on hold while the rules are rewritten under orders of President Trump.

“Reinstating the Hydraulic Fracturing rule for the short period of time that the current Administration will be preparing a new rule would cause significant hardship to the States and the regulatory community,” argued the states in their filing made Monday. “This would exceed any hardship imposed on the Environmental Intervenors by delaying appellate review.”

The States said they strongly disagree with those who filed an appeal that the BLM has the statutory authority necessary to go ahead with the fracking rule.

The appeals were made by two environmental groups, the Sierra Club and Earthjustice. Peter Dronkers with Earthjustice  wrote that he believes his 20-acre homestead in southern Montana near the Beartooth Mountains “is directly threatened by potential oil and gas development on federal minerals.”

Another Earthjustice member, Kendra Pinto who lives in northern New Mexico complained of wastewater pits within 10 miles of her home.

“The BLM Hydraulic Fracturing Rule would reduce the number of new wastewater pits scattered about Greater Chaco,” she wrote.

Another who filed an appeal was Peter Hart, a member of The Wilderness Society. He complained how wastewater pits are ruining the Colorado Rockies where he likes to hike.

“When I travel through the national forest, it becomes immediately apparently how much damage waste pits would cause to streams and wetlands there. Allowing energy companies to operate waste pits there would threaten water pollution that could cause major damage to these drainages.”