What Researchers Learned About the Pawnee Earthquake

The Solar Energy Fight in Arkansas 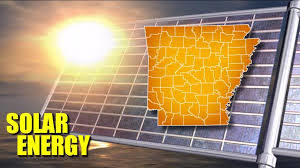 A solar energy fight is underway in Arkansas and on one side are environmentalists while on the other side are power companies and even the State Attorney General.

The fight is focused on net metering and whether the state should eventually create a two-channel billing system  which would use a different electricity rate for surplus rooftop power, according to a report at EnergyWire.

Environmentalist group such as the Sierra Club and the Arkansas Advanced Energy Association want further study before any changes are made to the solar net-metering policy that credits excess generation at a retail electric rate.

Recommendations are expected in September for the net-metering working group and a hearing by the state is set for Nov. 30. A decison is not expected until next year.