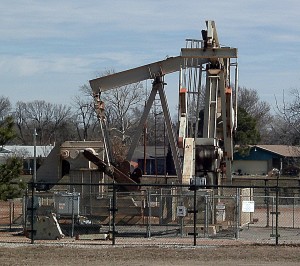 Oklahoma accounted for nearly half of the past week’s national rig count, according to figures released by Baker Hughes.

Oklahoma’s count jumped by 5 to reach 131. A year ago, the state had only 58 working oil and gas rigs.

Canada also had a sudden upsurge in rig count, gaining 33 in the past week to reach 132.

Oklahoma’s Cana Woodford and the Texas Permian Basin tied with the largest growth in active rigs last week. The Cana Woodford play gained four to reach 60 working rigs. The Permian Basin also added four to hit 368. Granite Wash added one to hit 10. The Mississippian grew by one to hit 9 working rigs. The Marcellus play increased by two to 45 while Haynesville was up by one to 41. Finally, Utica added two to hit 28 and Barnett grew by one to reach 8.

Of the active oil and gas states, New Mexico grew by four to reach 59. Texas dropped by three to hit 460. Louisiana added one for a count of 64 while Colorado dropped a rig to reach 34. According to the Red Top Rig Report, Kansas stands at 38.