Oil and Gas Tax Collections Up in May—-Others Were Down 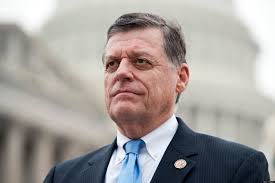 After Paris Climate Agreement, America Will Continue To Lead

President Trump has come under fire recently because of his decision to withdraw the United States from the Paris Climate Agreement. I believe he was right to do so. The agreement would have damaged the U.S. economy, eliminated millions of jobs, and drastically increased the cost of energy for American consumers. It also would have required the United States to shoulder the costs in a manner far disproportionate to the amount of greenhouse gasses we produce. Perhaps most importantly, the Paris Agreement was a treaty that should have been subjected to Senate ratification, yet former President Obama simply signed the agreement. More than likely because he knew that it could never pass the Senate, which the Republican Party controlled at the time.

In 1992, President George H.W. Bush entered the United States into a treaty with the United Nations called the United Nations Framework Convention on Climate Change (UNFCCC). He did so only after seeking the support of two-thirds of the U.S. Senate, as is required by the U.S. Constitution. In 1998, President Bill Clinton signed the precursor to the Paris Agreement, the Kyoto Protocol, but failed to get Senate approval. In both of these cases, the process worked exactly as the founders intended. Both presidents adhered to the Constitutional precedence to truly serve the best interests of the American people through their elected representatives.

Paris, on the other hand, was negotiated by President Obama in a way that was clearly in the best interest of China, India, and Europe. His agreement forced the United States to make sharper reductions in our greenhouse emissions than our European allies, it committed the United States to picking up far more than our fair share of the expenses associated with compliance, and it allowed China and India to actually increase their emissions until 2030. It’s no wonder President Obama neglected to submit this detrimental agreement to the United States Senate. It would have been soundly rejected.  Ask any of the critics of Trump’s decision to withdraw from Paris if they would like to see the agreement Obama negotiated submitted to the Senate for ratification. They wouldn’t because they also know it would never pass.

To be clear, I believe the United States should take steps to curb our greenhouse gas emissions. While there is robust debate over the degree that these emissions contribute to climate change, as well as the impact reducing them would have on slowing or reversing such change, there is no debate about the fact that these emissions are damaging to the environment and to human health. America is, and should continue to be, the undisputed leader when it comes to innovative advances in technology to help keep our planet healthy. Harnessing clean and renewable energy is something the United States will continue to take the lead on. We were doing it before Paris, and we will continue to do so as we move into the future.