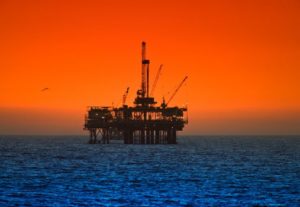 In response to President Trump’s executive order of April 28 to open the Atlantic Ocean coast to offshore drilling, the National Marine Fisheries Service on Monday issued its intent to seek public input on the use of seismic air guns.

In conjunction with the U.S. Department of Commerce and the National Oceanic and Atmospheric Administration, the agency proposes a one year testing period under the Marine Mammal Protection Act to issue authorizations that prescribe monitoring, reporting and mitigation measures to minimize the impacts of geophysical surveys to marine mammals.

Seismic blasting for oil and gas exploration is the first step in President Trump’s comprehensive plan to create more offshore drilling activity in the coastal areas of the Atlantic Ocean. The testing area spans from the New Jersey/Delaware border along the coastal waters of Virginia, North Carolina, South Carolina and Georgia to central Florida.

Acting on multiple requests, the NMFS proposal includes issuing five Incidental Harm Authorization permits which would reverse an existing order that permanently protects expansive portions of the Atlantic and Arctic ocean waters from the perils of offshore drilling.

Environmentalists and animal activists are deeply concerned that the seismic testing puts marine mammals like dolphins and whales at risk by disrupting the habitat for these species.

The official notification will be published in the Federal Register on Tuesday.