President Trump Voices His Conscience, Withdraws from Paris Climate Accord 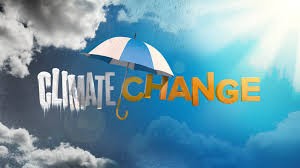 Following President Trump’s withdrawal of the United States from the Paris Climate Accord on Thursday, it’s evident that the man who occupies the executive branch has merely acted on his longstanding belief that climate change was a false concept, according to a recent article published by Peter Baker of The New York Times.

“Global warming has been proven to be a canard repeatedly over and over again,” said Trump in a tweet from 2012. “Global warming is a total, and very expensive, hoax!”

The consummate businessman announced he was open to renegotiating the agreement but only if the United States was not held to a disadvantage against international competitors due to a bad deal arranged by then-President Obama.

“I think his withdrawing us from Paris was the greatest action by a president in my lifetime,” said Steve Milloy, who runs a website, JunkScience.com. “And he explained his action brilliantly. Most substantive explanation I’ve ever heard from a president — including Reagan.”

Environmental Protection Agency Administrator Scott Pruitt said the question of Trump’s belief about climate change never came up during deliberations over the Paris Climate Accord.

“We have nothing to be apologetic about as a country,” said Pruitt. “So, when we look at issues like this, we are leading with action and not words. I also want to say that exiting Paris does not mean disengagement.”

A chagrined Pruitt admitted “global warming is occurring, that human activity contributes to it in some manner” but “measuring with precision, from my perspective, the degree of human contribution is very challenging.”