No Slowdown in Oil and Gas Drilling in Oklahoma 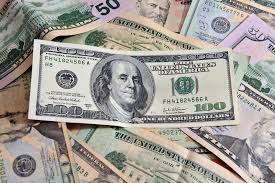 In an economy driven mostly by energy, Oklahoma is slowly making a recovery. Figures from the U.S. Bureau of Economic Analysis showed this week that Oklahomans saw their personal income grow at a one percent rate in the first quarter of 2017. And that’s critical to state revenue at a time where the Oklahoma government continues dealing with budget shortfalls.

It ranked Oklahoma 34th nationwide. The one percent was 0.5 percent improvement over the fourth quarter of 2016 and compared to only 0.2 percent growth reported in the first quarter of last year.

The government indicated Idaho had the largest growth in personal income with a 1.6 percent rate. Texas was among those states reporting growth of 1.3 percent. The report indicated mining earnings grew 2.8 percent nationally after nine consecutive quarterly declines and they were considered to be a leading contributor to growth in Texas. Nationally, the country saw an increased 0.9 percent rate in the first quarter.

Kansas, Minnesota, North Dakota and Iowa had the slowest growth while Nebraska was worst in the country with an actual decline of personal income at -0.7 percent.