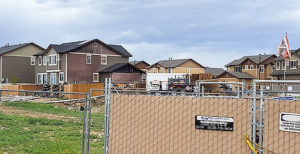 The April 17 explosion that killed two men in Firestone, Colorado has resulted in efforts against oil and gas drilling in other nearby suburbs of Denver, Colorado.

As E and E News reports, some residents of Broomfield, a community located about 20 miles north of Denver, are collecting signatures on a referendum to make it harder to drill in the city. It has become so politicized that one city council member faces a recall election because of his stance on oil and gas development.

Oil and gas developers in the Niobrara Shale are facing more opposition in the new neighborhoods popping up in Colorado’s Front Range.

Many of the new cities are discussing tightening their drilling regulations in the wake of the April explosion. The blast was caused by an improperly cut off gas pipeline at a well located from where a house was built in 2015. The pipeline was still connected to the gas well and let gas seep into the home’s basement.