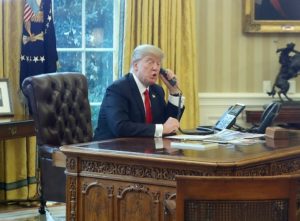 Oil companies and wind energy firms with operations in Oklahoma are among those that helped make up President Trump’s fortune and they are listed in a 98-page financial disclosure report released by the U.S. Office of Government Ethics.

The report shows at least $1.4 billion in assets and a long list of firms he either owns or has made investments.

NextEra is the largest wind industry company in the U.S. and owns 110 wind farms including several in Oklahoma. The Florida-based company also has been involved in lawsuits over efforts to locate two wind farms near Hinton.