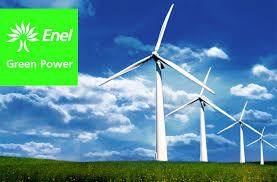 With at least eight wind farms in Oklahoma, Enel Green Power North America has expanded its wind energy holdings with a $250 million purchase of EnerNOC, a smart energy management company based in Boston.

Enel Green Power is a subsidiary of Enel Group, an Italian utility giant. The acquisition will make the Enel Group a world leader in demand response service by adding EnerNOC’s 8,000 customers and 14,000 sites under management. It will also add a new range of energy management services to the company.certain closing conditions.

It was in December 2016 when Enel Green Power completed and connected two more Oklahoma wind farms to the electrical grid. They were the Drift Sand wind farm in Rush Springs with 108 MW of capacity and the Chisholm View II farm in Garfield county. The Chisholm View II operation has installed capacity of 300 MW.

The generation at the Chisholm View II wind farm will be equivalent to the energy consumption of more than 19,000 U.S. households. Drift Sand will generate enough electricity to power more than 39,000 households.