While Oklahoma Targeted the Wind Industry Tax Credits, Louisiana Did the Same Over Solar Credits 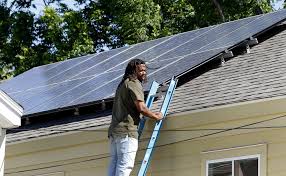 While the move by the Oklahoma legislature to sunset some of the tax credits for the wind industry took effect July 1, hundreds of millions of dollars in other tax credits remain for the state.

But one state is doing something to clear its backlog of credits. Louisiana plans to spend $15 million eliminating tax credits for homeowners who paid thousands for solar energy panels on their homes only to have the state end the tax breaks. State leaders targeted the solar industry just as Oklahoma went after the wind industry.

Just as wind supporters in Oklahoma called it unfair to renege on tax credits for developers who would not have their wind farms operational by July 1, Louisiana residents cried much the same. They said it was unfair to change the rules in 2015 for credits already in place. The tax credits had been created 8 years earlier.

In Oklahoma, legislators and state leaders complained the original tax credits had a goal of helping the wind industry get off the ground but the payments climbed into the millions of dollars. The same argument was made in Louisiana where the original estimate was $500,000 a year in payments for clean energy. But the program grew faster than expected and the state found itself spending more than $130 million on individual income tax credits for solar installations.

So the Louisiana legislature decided to help, according to a report in the Daily Advertiser published in Lafayette, Louisiana. The legislature agreed to pay $5 million a year for three years to the credits on solar panels that were verified to have been installed through 2015.

Louisiana Gov. John Bel Edwards signed the measure into law only a few days ago.