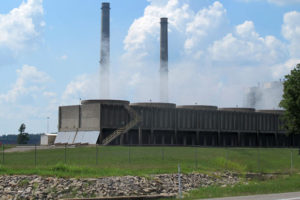 Boston-based environmental group Ceres is out with a report detailing air emissions from the 100 largest U.S. electric power producers including those that operate in Oklahoma.

The 2017 Benchmarking report had some good news, showing power plant sulfur dioxide and nitrogen dioxide emissions in 2015 were 87 percent and 79 percent lower respectively compared to 1990. The same report indicated carbon dioxide missions from the power plants dropped 20 percent between 2005 and 2015.

Among the 100 largest electric power producers were AES which operates the Shady Point power plant in southeast Oklahoma; OGE which was ranked 40th in the listing; and the Grand River Dam Authority coming in at 97 on the list.

The Grand River Dam Authority’s production totaled 6,718,304 million megawatt hours with 5.8 million from fossil fuel and 2.9 million from coal. Electricity production by the GRDA included 44% from coal, 43% from natural gas and 13% from hydro power.

When it comes to state rankings for emissions, Oklahoma ranked 19 with 45.4 million total tons of CO2 emissions; 27th for fossil fuel CO2 emissions and 7th nationally for CO2 emissions from coal.

Ceres found Texas had the highest CO2 emissions with more than 248 million tons followed by Florida, Pennsylvania, Indiana and Ohio.