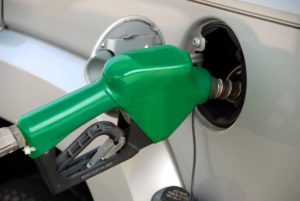 Gasoline prices in Oklahoma have fallen to a new low for the year as of this week, tumbling to a new level of $1.95 a gallon, according to a weekly report from AAA Oklahoma.

The new-weekly average puts Oklahoma with the second lowest price in the nation behind only South Carolina where the average this week hit $1.93 a gallon.

“Gasoline stocks in our region are healthy, sitting at 3.3 million barrels ahead of this time last year,” explained Chuck Mai, spokesman for AAA Oklahoma. “As stocks continue to increase, gas prices continue to fall.”

The average in Tulsa dropped to $1.86, 17 cents cheaper than a year earlier. In Oklahoma City, this week’s average reached $1.92, a drop of 20 cents from a month ago and down 16 cents from one year ago.

The national average is $2.26, a drop of eleven cents from a month ago.