No Letup in SCOOP and STACK Exploration

Ethanol Plant Blast Kills One, Injures More than a Dozen Others in Wisconsin 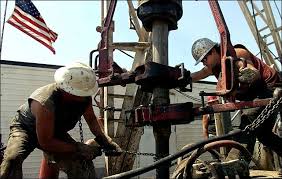 Despite the rebound from the oil and gas downturn of a few years ago, some counties in Oklahoma that were once strong areas of energy employment are still hurting.

The latest figures from the Oklahoma Employment Security Commission show Stephens County in southern Oklahoma, where Duncan is the county seat and home to big Halliburton operations continues to suffer.

It has the state’s third highest rate of unemployment at 6.5 percent, lagging only behind McIntosh County with 7.5 percent and Latimer County with 6.6 percent.

Those Halliburton layoffs that occurred in the past two years are still draining on the economy in Duncan. Halliburton’s former national headquarters were located there before the company decided to move to Houston, Texas.

While there is heavy oil and gas drilling operations in Oklahoma’s STACK and SCOOP, making it sound as though the state’s energy industry is back in full swing, things are still far from that kind of a picture.

Take for instance, the oil and gas employment in Oklahoma City. Under the Mining, Logging and Construction category where oil and gas work falls, the city listed 43,000 employed. That’s a drop of 400 since March 2017 and down 2,100 from April of last year.

Things aren’t as bad in Tulsa where the loss of oil and gas workers from April 2016 to April of this year is 1.4 percent or a total of 400 workers. The Employment Security Commission lists 28,300 still working in Tulsa in the industry, an increase of 200 since March. The increased employment figured to 0.7 percent.