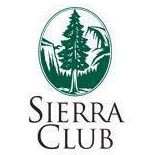 The Sierra Club is actively pursuing a plan to engage Oklahoma Attorney General Mike Hunter and address Oklahoma’s earthquake predicament, according to a press release issued on Thursday.

The Oklahoma Chapter is gathering signatures urging Oklahoma’s chief legal officer to take action on the state’s earthquake situation. EPA Administrator Scott Pruitt, Hunter’s predecessor, remained completely silent about earthquakes during his time as the Attorney General despite more than 20,000 earthquakes occurring during this time.

“The charge of the Attorney General is very clear and even spelled out on their website— the Office ‘represents the interests of Oklahoma consumers, the state’s natural resources and Oklahoma crime victims,” said Johnson Bridgwater, director of the Sierra Club’s Oklahoma Chapter. “Given the nexus of issues related to residents and natural resources, and the clear damage and financial harm being done to families, businesses and even city governments, it is long past time for our AG to step into this issue.”

Numerous complex legal issues remain unanswered on topics ranging from whether existing state laws, policies and procedures adequately address and protect Oklahomans and potential liability, if any, on the part of energy companies conducting wastewater injections.

In the past 30 days, the United States Geological Survey has logged more than 100 earthquakes in Oklahoma. Despite an earthquake response plan initiated by the Oklahoma Corporation Commission, the frequency and magnitude continue to pose serious threats in the form of bodily injury and property damage.