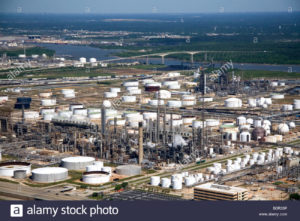 While oil prices have tumbled to a 7 month low and are near the $43 a barrel range, U.S. petroleum refineries are running at a record pace.

The EIA says refinery runs have gone beyond 17 million barrels a day only 24 times since the administration started publishing the information in 1990.

Because refineries have increased their capacities in recent years, the record-high input of oil did not result in record high production.

Weekly U.S. refinery runs have exceeded 17 million b/d only 24 times 83 million barrels higher than the five-year average, although they are almost 3 million barrels lower than at the same time last year.