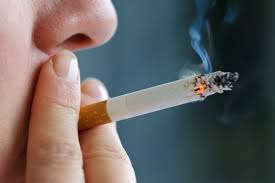 Two oil companies are among those filing a constitutional challenge to the new cigarette tax that legislators labeled a ‘fee’ to get around the state constitution in the waning days of the legislative session last month.

They are Hutchinson Oil Company, LLC of Clinton and Rogers Oil Company headquartered in Blackwell.

They joined Philip Morris USA, R.J. Reynolds Tobacco and others in filing suit, contending the ‘fee’ is a ‘tax’ and is unconstitutional because it failed to comply with requirements of the State Constitution.

Hutchinson Oil runs Hutch’s Convenience stores in Oklahoma and Kansas with stores in Clinton, Elk City, Enid, Sayre, Watonga, Weatherford, Woodward and Liberal, Kansas. It also has been a provider of wholesale fuel for more than 40 years.

Rogers Oil, formed in 1968 is headquartered in Blackwell and operates in the filling station and gasoline business. It is considered a mid-sized organization with nearly three dozen full-time employees.

Another party in the challenge is Jame P. Naifeh with the Sapulpa-based Standard Distributing company. Like Rogers Oil and Hutchinson Oil, Standard is focused on the convenience and gasoline store industry. The company was founded in 1914 and serves stores in Northeast Oklahoma, Southwest Missouri and Southeast Kansas.

Still another plaintiff in the case is Stephenson Wholesale Co. Inc. doing business as Indian Nation Wholesale headquartered in Durant. Like the others, it services convenience stores but also restaurants, schools, gift shops and casinos and has a reported 2,500 accounts in Oklahoma and North Texas. The company was founded with a single candy truck in 1953 and is reported to be the 19th largest distributor nationwide with more than 300 employees in three locations.

With that background, it’s easy to understand why the firms have filed a challenge to the $1.50-per-pack fee that the state estimates will bring in more than $200 million through June of next year.

Their argument is that the fee is really a tax and it’s unconstitutional because the bill creating it started in the Senate on the final day of the legislative session. But the Oklahoma Constitution requires revenue-raising bills to originate in the House .