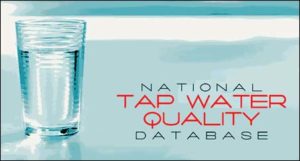 The drinking water for an estimated 15 million Americans, including some in Oklahoma is contaminated with toxic chemicals according to a new report from The Environmental Working Group.

It contends 47 locations exist where toxic chemicals known as PFCs or PFASs have been found in the drinking water. The contaminates are used in Teflon manufacturing and firefighting foam.

The Working Group says the EPA has informed local officials at the sites that levels of PFCs above 70 parts per billion are unsafe but the agency has not responded with federal regulations for the contaminants.

One of the 47 sites is in Bethany where the environmental group said two out of four PFOA samples detected an average of 18 ppt with a maximum of 40 ppt.  Other contaminants included PFHxS.

The Working Group says its map showing the pollution sites is “the most comprehensive resource available to track PFC pollution in the U.S.