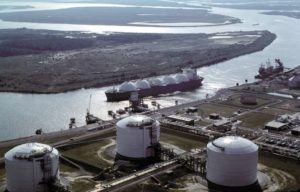 Energy Transfer Equity and Energy Transfer Partners owns the Lake Charles LNG facility. The 440-acre site is close to Henry Hub with access to some of the largest natural gas production areas in the U.S. It is also connected to ETP’s Trunkline Gas Pipeline system which is a more than 2,200 mile system interconnected with more than a dozen interstate and intrastate pipelines. Several are located in western Oklahoma and the Panhandle.

The study will use Energy Transfer’s regasification import operation to study development of the liquefaction project and the feasibility of marketing domestically produced natural gas to export as LNG.