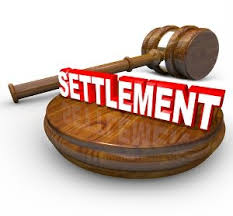 Even as vertical well drillers pressed their opposition in the just-concluded Oklahoma legislature against a bill to give more power to horizontal well operators, some had been in court for months.

Now the battle by Almont Energy LLC and TLS Oil and Gas Inc. in its lawsuit against Newfield Exploration Mid-Continent Inc. has been settled in Oklahoma City Federal court. (5:16-cv-00640-M)

The case is an example of what the Wall Street Journal called a “frack hit” war. In Almont Energy’s lawsuit, transferred from Kingfisher county District Court to the Western District of the U.S. District Court, it accused Newfield Exploration of damaging some of its vertical wells through the fracking operation.

Almont claimed its Matti No.2 well, completed in 1981 was damaged when Newfield used fracking on two wells named Michael and Margie in 2015. The suit charged Newfield’s fracking overpressured the Mississippian Common Source of Supply to the point that the injected fluids migrated to the Matti well and “flooded out” its potential productive zones.

The lawsuit also accused Newfield of trespassing through its hydraulic fracturing process “causing severe pollution, contamination and other damages.”

Earlier this month, the lawsuit was transferred to federal court and on Monday, the matter was settled. A stipulation of dismissal with prejudice was filed indicating a “negotiated settlement” led to the action “including all claims and counterclaims.”

Terms of the settlement were not disclosed. The case is representative of the article by reporter Erin Ailworth of the Wall Street Journal.

Erin Ailworth
June 20, 2017 7:00 a.m. ET
8 COMMENTS
Supersized new oil wells are sometimes running into existing wells, a little-noticed consequence of the shale boom that has started to trigger complaints and lawsuits.
The emerging problem is known as a “frack hit,” and it has flared up in Oklahoma, where a group of small oil and gas producers say more than 100 of their wells have been damaged by hydraulic-fracturing jobs done for companies like Chesapeake Energy Corp. ,Devon Energy Corp. and Newfield Exploration Co.
In hydraulic fracturing, or “fracking,” firms pump sand and water deep underground at high pressure to break oil and gas from rock.
Some owners of older wells have filed reports with state regulators claiming their wells were flooded with water. In some cases, the wells became so full that the water rose to the surface and spilled over. Others have claimed that they had to shut in wells due to the damage. A few cases have ended up in court.
While newer wells damaging older ones is a longstanding problem, the issue is gaining attention as shale companies employ new technologies to drill wells horizontally.
Almont Energy LLC and TLS Oil & Gas Inc., vertical-well operators in Oklahoma, sued Newfield last year, claiming that fracking jobs performed by Newfield caused an Almont well to flood with water, “negatively impacting the further development potential” of the well.
A lawyer for Almont and TLS declined to discuss the case, which was filed in federal court. Newfield also declined to discuss the case, but spokeswoman Cindy Hassler said the company tries to be proactive when it learns of possible frack hits and works to negotiate compensation with anyone affected if an inspection shows damage.
“Newfield owns thousands of vertical wells ourselves, so we understand the challenges,” Ms. Hassler said.
Chesapeake and Devon, who have also been blamed for frack hits in reports to state regulators, declined to comment.
James West, an analyst with Evercore ISI who has been following frack hits, said they are of special concern in places like Oklahoma and Texas, where those drilling new wells must navigate around older wells drilled over decades.
“It’s becoming a pretty sizable issue,” Mr. West said, noting that Colorado in 2013 enacted regulations after state engineers had identified frack hits as a potential problem. “I suspect every basin is probably facing the same type of challenge.”
In Oklahoma, companies aren’t required to report frack hits unless there is a spill. Regulators there have received fewer than 20 confirmed reports of such incidents in the last three years and are currently reviewing several more.
“I know that it’s a larger problem than the data we’ve been given,” said Tim Baker, director of the oil and gas division at the Oklahoma Corporation Commission.

Two well heads pump waste water near Stillwater. PHOTO: J PAT CARTER/GETTY IMAGES
Oklahoma last month passed a bill that eases restrictions on where producers can drill horizontal wells more than a mile long. Vertical-well operators now worry their wells are more vulnerable than before.
Joe Warren, a partner with Brown & Borelli Inc., a small oil-and-gas producer, said roughly two dozen of the company’s wells have been damaged by frack hits. He believes the problem is particularly acute in Oklahoma’s Stack, currently one of the hottest oil regions in the U.S. The Stack has many vertical wells and is now also popular with horizontal drillers.
“Most of the large players in the Stack have hit one or more of our wells,” he said.
Chad Warmington, president of the Oklahoma Oil & Gas Association, questioned claims that hundreds of wells have been damaged. In some cases, he and others argue, frack hits can actually boost production from an affected well.
But given the potential for damage, the association supports making reporting frack hits mandatory, Mr. Warmington said, and would be open to having a mediation or arbitration process put in place.
Some experts expect the situation will only get worse.
“We’ve got bigger fracks, so more chance of them reaching across, well-to-well,” said Jennifer Miskimins, an associate professor of petroleum engineering at the Colorado School of Mines. “As we get closer and closer spacing, I think we’re going to see the occurrence go up.”