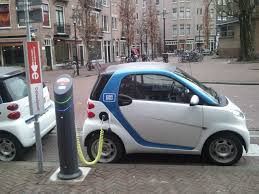 In a state with so many pickup truck owners, it’s no surprise that a new survey of electric vehicle use shows Oklahoma with zero growth in the past few years.

The survey by IHS Automotive and the Electric Power Research Institute says the Kansas City metro, for the second quarter in a row, experienced the most electric vehicle or EV use in the nation. The Kansas City region experienced a 78 percent growth from 2016 to 2017, making it a hot spot for EVs.

And naturally, executives at Kansas City Power and Light like it.

But the survey showed Oklahoma with zero percent vehicle adoption from 2010 through 2014 and only in recent years have EVs caught on, so much so that the legislature adopted an annual fee on the EV owners. Supporters of HB 1449 said the fee was needed to make up for the lack of a gasoline tax by EV owners who would not be paying for road and bridge improvements.

The increased growth in electric vehicles has been supported by Oklahoma Gas and Electric Company which added EVs into its fleet just two  years ago. It’s adding electric trucks as well and partnered with OnCue on the pilot installation of a level 3, DC fast-charging station at its Yukon, Oklahoma location.

OGE also has supported the Electric Vehicle Research Institute at the University of Oklahoma.