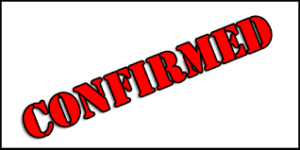 Oklahoma U.S. Senators Jim Inhofe and James Lankford voted this week to confirm Kristine Svinicki to the Nuclear Regulatory Commission. And there remains the possibility that yet another former Inhofe staffer could be in line to influence energy policies in the Trump administration.

Svinicki was confirmed on a vote of 88-9 to a five-year term. Seven Democrats, one Republican and one Independent made up the 9 who opposed her returned to the NRC for a third term. She has served as the commission’s chair since January.

“With her term expiring at the end of the month and the only remaining Republican on the commission, the Senate was right to move quickly on her confirmation,” explained Sen. Inhofe. “I hope the Senate moves in a similar fashion on Annie Caputo’s and David Wright’s NRC nominations.”

Caputo and Wright are Republicans who were nominated last month by President Trump. While Caputo is a senior adviser to Sen. John Barrasso, chairman of the Senate Environment and Public Works Committee, she previously served under Inhofe when he was chairman of the committee that oversees the NRC.

Caputo had also worked for the U.S. House Energy and Commerce Committee as well as the large electricity utility Exelon Corp. As for David Wright, he retired four years ago from the South Carolina Public Service Commission and previously was president of the National Association of Regulatory Utility Commissioners.