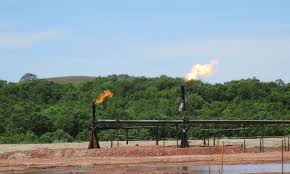 “Our oil and gas industry was already voluntarily educing its methane emissions, which went down 40 percent between 2006 and 2012 without any federal intervention,” said the Senator. “I applaud Administrator Pruitt for taking action to delay and review an unnecessary rule.”

“Pruitt’s proposed delay is yet another example of the Trump administration upholding its promise to rollback Obama-era regulations that were made with no concern for the law or the effect they may have on their stakeholders.”

Inhofe opposed the methane emissions rules when they were first proposed by former EPA administrator Gina McCarthy. He sent letters to her in 2015 expressing his opposition and also asking for an extension of the public comment time.