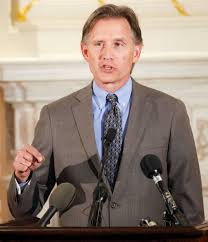 Hunter was one of a dozen attorneys general who made arguments against climate scientists who blame energy companies in part of the rising level of carbon dioxide.

“These law enforcement officers are using power to attack a company for expressing opinions, or asking questions, unpopular within their office or political constituency,” argued Hunter and the others.

They also called Schneiderman and Healy part of an “axis of ideology” that is trying to “enforce a singular climate change viewpoint despite the fact that climate change is the subject of an ongoing international debate and far from settled.”

A spokeswoman for Schneiderman called the brief a “ventriloquist routine that not surprisingly makes no mention of the facts of our investigation has uncovered about Exxon’s significant potential investor fraud.”