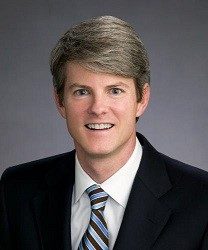 Weber has more than 20 years of experience in the energy industry, holding key roles in finance, strategic planning, corporate development and operations. Weber previously served as the Vice President and Treasurer of Ensco PLC, one of the world’s largest offshore drilling companies. Prior to Ensco, Weber spent five years at Pride International in various management positions with increasing responsibility. He previously worked with The Boston Consulting Group advising oil and gas and electric utility companies on strategic, financial and operational issues, in both Houston and London.

“We are excited to have Chris join Halliburton,” said Jeff Miller, president and CEO of Halliburton. “He complements our strong returns-focused culture, and we believe his impressive reputation for execution and achieving results makes him the right choice to lead our financial strategy. His skill set fits well with the strength of our existing Finance organization and his broad range of capabilities will complement our experienced management team as we continue to deliver industry leading returns to our shareholders.”