New Leaders Take Over at OIPA 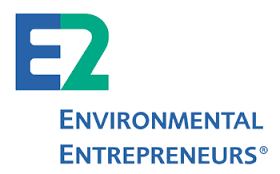 Environmentalists now claim the move by President Trump and EPA Administrator Scott Pruitt to kill the Clean Power Plan will cost the U.S. economy a chance to add 560,000 jobs and $52 billion in gross domestic product by 2030.

It’s the claim made by a national business group named Environmental Entrepreneurs which issued a new analysis of the administration’s proposal.

“Scrapping the Clean Power Plan will hamper job creation and stifle economic growth, plain and simple,” stated executive director Bob Keefe. “For someone who calls himself a job creator, President Trump is rolling right over the 3 million workers in the rapidly growing solar, wind and energy efficiency industries.”

Keefe contends a rollback of the Clean Power Plan will take money out of the pockets of families who could save on their electric bills.

“Going back on this important program is a huge opportunity lost,” he said.