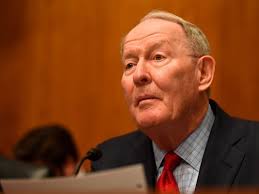 Maybe U.S. Sen. Lamar Alexander had a good reason to oppose a $100 million wind farm proposed by NextEra Energy in his home state of Tennessee. But there appears to be a bit of contradiction this week when he was named as one of seven new Directors to the Alliance to Save Energy.

The Republican Senator sits on the Energy and Natural Resources Committee and chairs the Senate Appropriations Subcommittee on Energy and Water Development.

The Alliance called him “a champion of energy efficiency” but made no mention of his opposition to the $100 million wind farm along I-40. His opposition could have played a role in NextEra’s decision to stop construction of the project. NextEra, based in Florida has several wind farm operations in Oklahoma and has been in a legal fight to develop two more near Hinton.

The goal of the Alliance Board, as stated in its press release is to advance energy efficiency in the United States.